This late Bronze Age Gold Dress Fastner (Fibula) dates from c.900-700 BC. It was found in Castle Kelly, Aghrane. It is described and catalogued by William R. Wilde M.D. M.R.I.A. 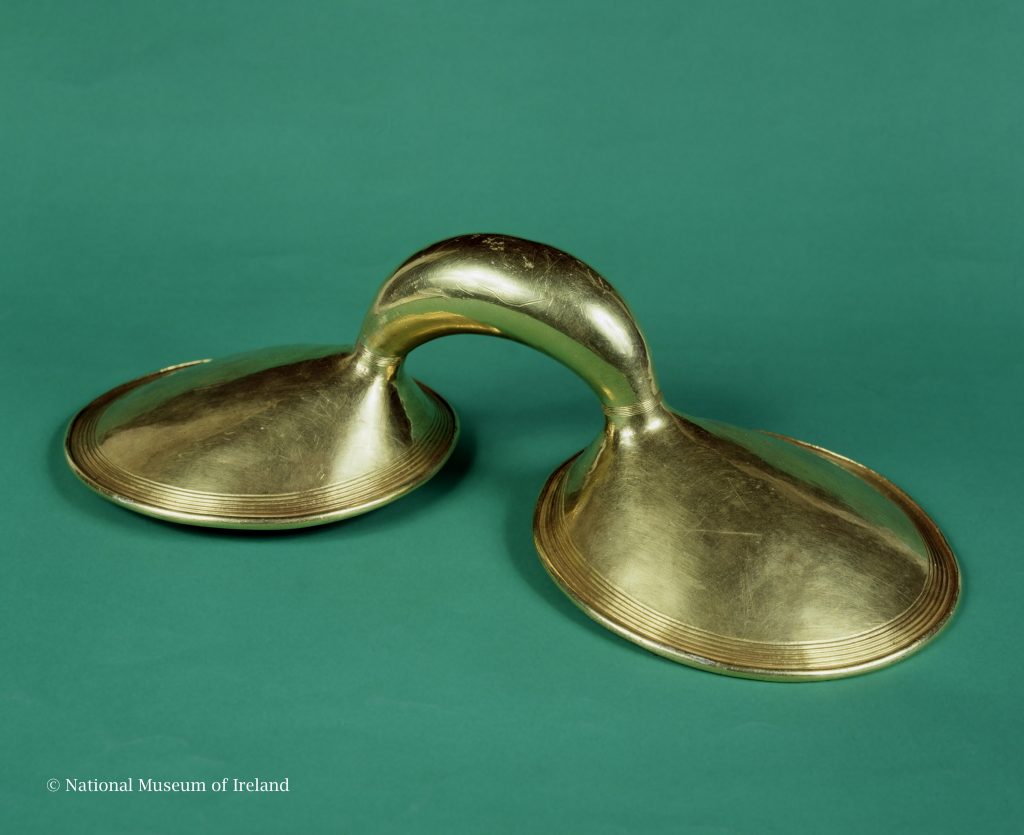 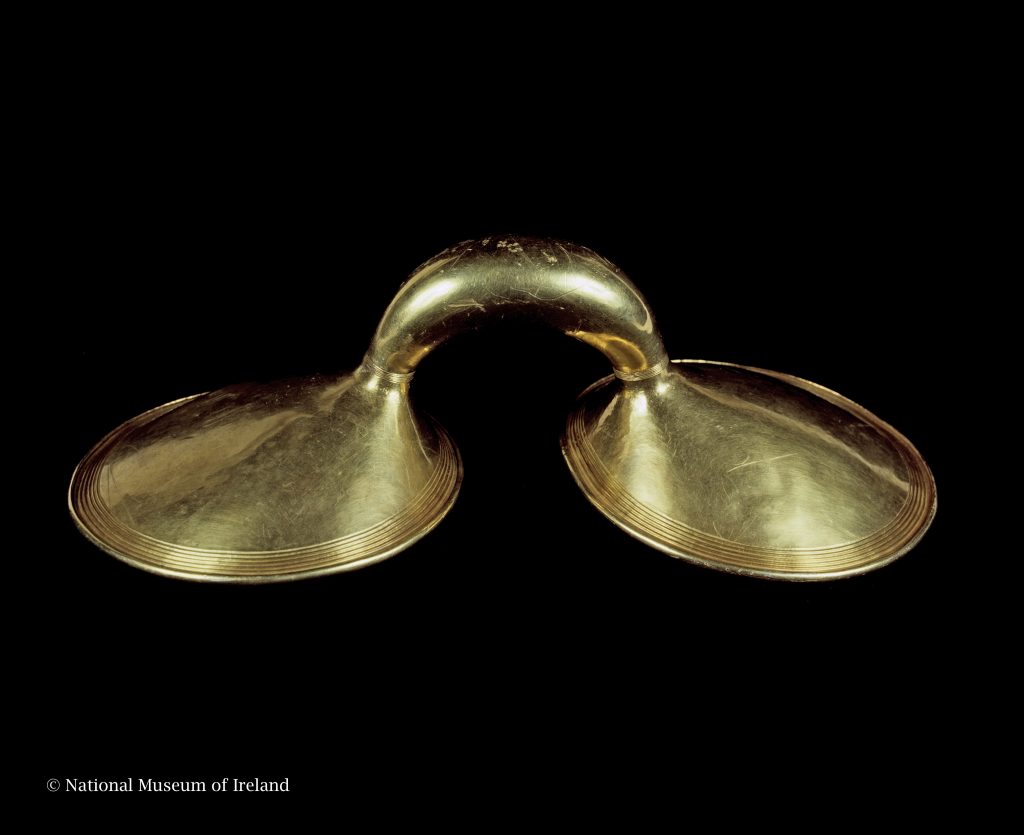 Wilde describes the artifact as follows: “The subjoined engraving, Figure 592, drawn one third size, from No.122, represents the largest example of the mammillary fibula which is known to have remained to the present day. It consists of two broad, cup shaped discs, each 5 inches in diameter, set 1 3/8 inch apart, and united by a staple like the handle of a drawer, as seen in the foregoing illustration. The entire article measures 11 inches in length, and weighs 16 oz. 17 dot, 4 gr. The internal surfaces of the cups bear marks of hammering all over them. The comparatively short, thick handle is hollow, and measures 4 1/8 inches in circumference at the broadest part. Placed on the flat, it stands 3 3/8 inches high. The edges of the cups are turned over, and decorated externally with deeply-grooved flutings; and a smaller, but similar form of ornament encircles each neck, or narrow portion of the handle. Each cup, which is 1 5/8 inches, to the point of the junction with the handles, which would appear to have been attached after they were made. This beautiful article was found in the year 1819, at Castlekelly, county Roscommon, five feet deep in gravel, below where fifteen spit of turf had been cut, and it was a long time believed to be brass. It was procured by D. H. Kelly, Esq., for the late Dean Dawson, and came in to the museum with that gentleman’s collection.” 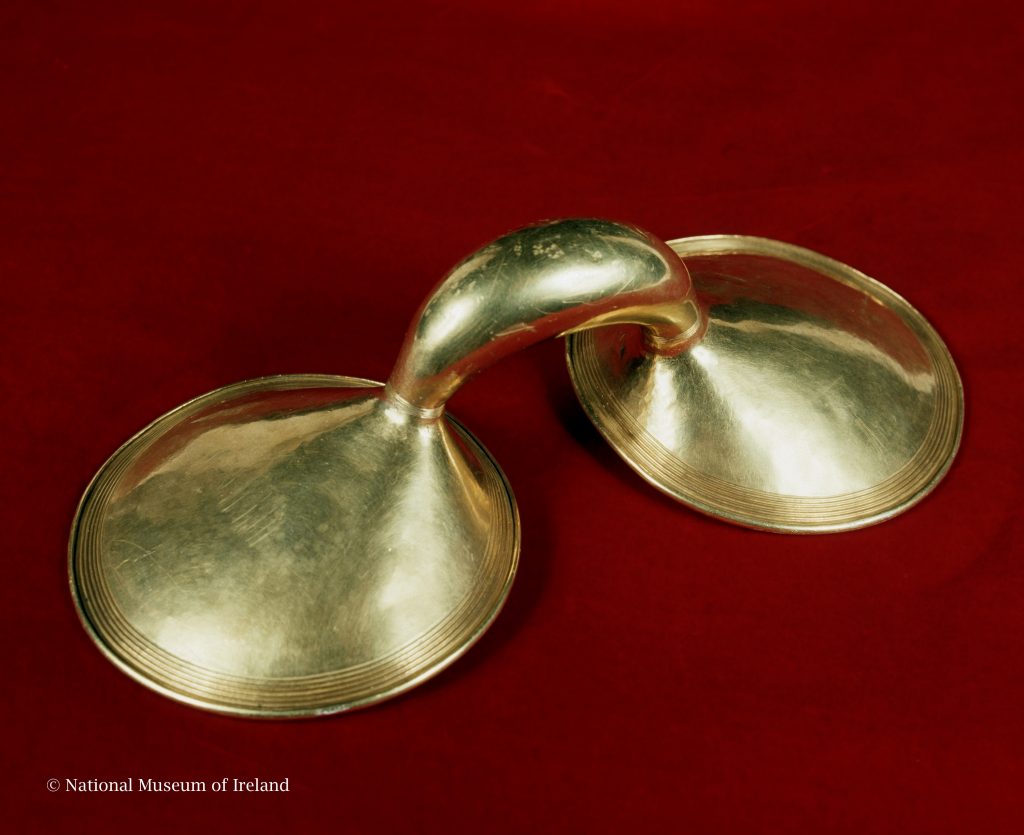 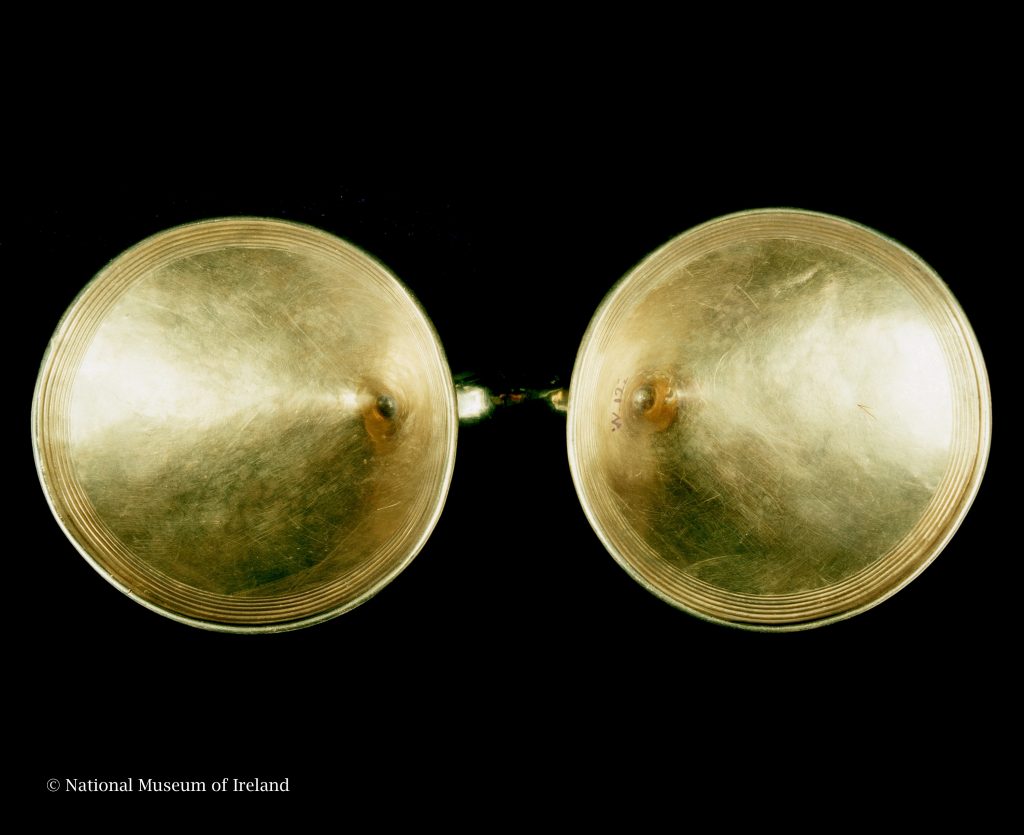 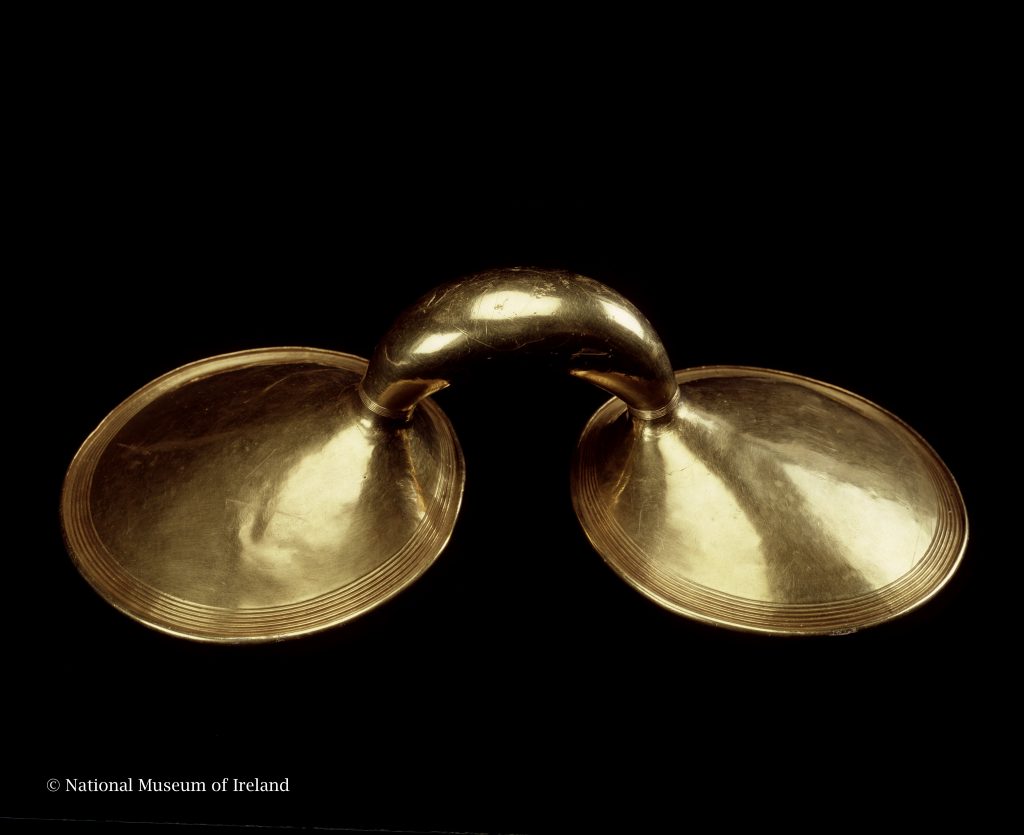 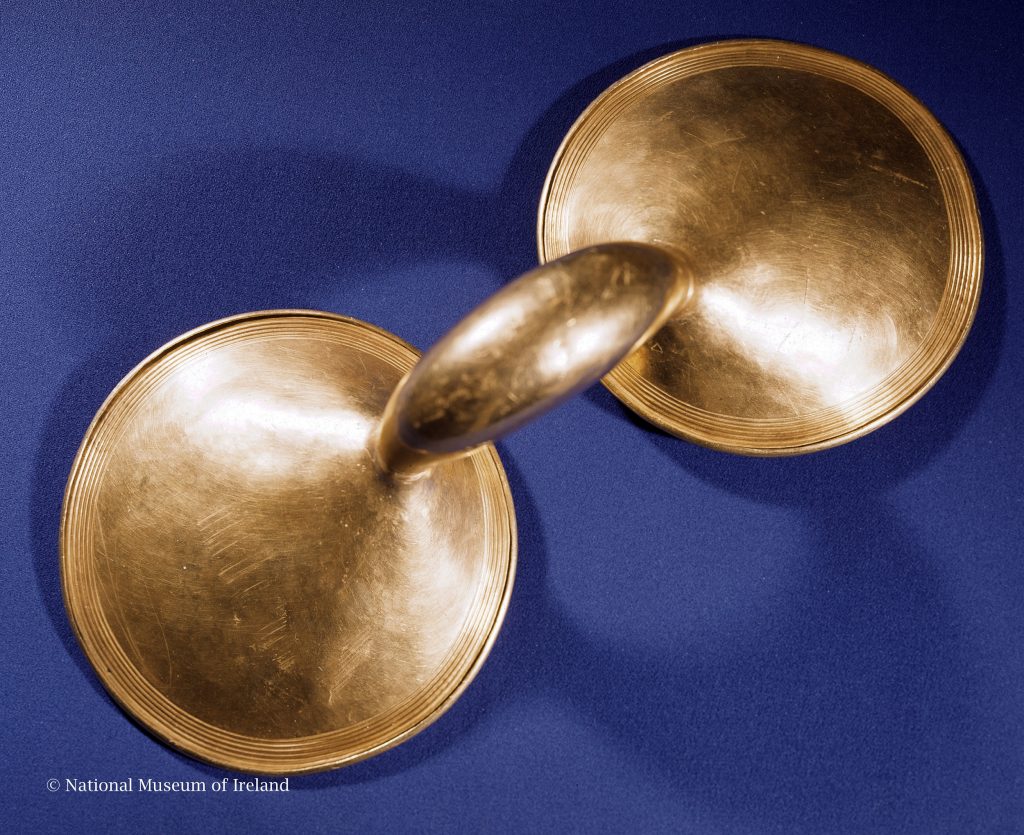 No part of this publication may be reproduced, distributed, or transmitted in any form or by any means, including photocopying, recording, or other electronic or mechanical methods, without the prior written permission of the publisher.
All Images are reproduced with the kind permission of the National Museum Of Ireland, in whom the copyright vests.
We use cookies on our website to give you the most relevant experience by remembering your preferences and repeat visits. By clicking “Accept”, you consent to the use of ALL the cookies.
Cookie settingsACCEPT
Manage consent

This website uses cookies to improve your experience while you navigate through the website. Out of these, the cookies that are categorized as necessary are stored on your browser as they are essential for the working of basic functionalities of the website. We also use third-party cookies that help us analyze and understand how you use this website. These cookies will be stored in your browser only with your consent. You also have the option to opt-out of these cookies. But opting out of some of these cookies may affect your browsing experience.
Necessary Always Enabled

Performance cookies are used to understand and analyze the key performance indexes of the website which helps in delivering a better user experience for the visitors.

Analytical cookies are used to understand how visitors interact with the website. These cookies help provide information on metrics the number of visitors, bounce rate, traffic source, etc.

Advertisement cookies are used to provide visitors with relevant ads and marketing campaigns. These cookies track visitors across websites and collect information to provide customized ads.

Other uncategorized cookies are those that are being analyzed and have not been classified into a category as yet.